One type of musical that exists are the “sung- through” musicals. Those are the ones that are pretty much all sung with just a few lines of spoken words. What exactly are my opinions on those musicals? Well, I have nothing wrong with the “sung-through” concept especially because three of them are favorite musicals of mine. The first is Rent, the second is Phantom of the Opera, and my all-time favorite “sung-through” is Les Mis.

Rent is a musical I have loved since Fall of 2012. The closest I ever got to seeing it live is the final Broadway cast film. Now, on Saturday, I am going to see it live for the first time. It is “sung-through” and such a meaningful musical. It reminds you of how precious life is and teaches you how to live life, which is in love. There is nothing wrong with it being “sung-through” because it is one of the best ways to tell this story. It takes place during the HIV/AIDS epidemic when it was really not a good time and there is a lot of fear and uncertainty. It is about this group of seven friends and their life in a year. Its score is so wonderful.

Another favorite “sung-through” musical of mine is Phantom of the Opera. It is a show filled with so much mystery. It is basically a love triangle between Christine, Raoul and the Phantom. It is very haunting, but at the same time very beautiful. Christine and Raoul are a very sweet couple and they belong together. The Phantom, who loves Christine, has had a very bad life as people have judged him for his deformed face and have not showed him love or even compassion. He acts as Christine’s “Angel of Music” and wants her all to himself. Even though he doesn’t respond well to the unrequited love, he is why this love triangle is so exciting and filled with so much mystery. It makes sense why it is “sung-through” because it takes place in the Paris Opera House. It score is so full of mystery and darkness through the haunting songs, but its songs are also very beautiful. 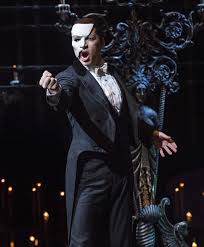 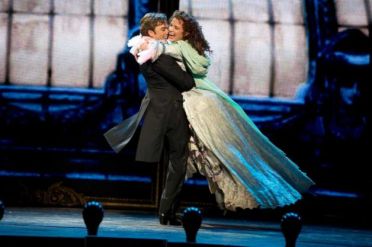 My all-time favorite sung-through musical is Les Mis. Due to Victor Hugo’s book being so covered with several emotions, it makes sense why Les Mis is “sung-through”. It is heartbreaking, but filled with love, hope, compassion, forgiveness, sacrifice, humanity and redemption. It is a wonderful story about ex-convict Jean Valjean and his journey on becoming a better person after given a second chance at life when the bishop sets him on the right path. But he is always on the run from Javert even when he is raising Cosette after he makes a promise to her mother, Fantine.

It has this wonderful love triangle where you can feel the hope and light and the heartbreak and pain found in it. Eponine is deeply in love with Marius, but Marius loves Cosette. Despite that, Eponine would do anything for Marius even if he wouldn’t do the same for her.

Then there is the uprising that Enjolras is leading and they are so passionate and hopeful towards the cause. There is something so human about this story. Its score brilliantly captures the heart and soul of all of these characters. Describing the plot is so complicated, and I cannot even fully say why I love it so much. 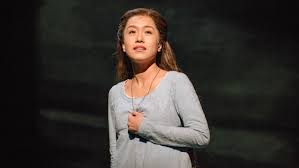 What are your opinion on “sung-through” musicals.

9 thoughts on “How I Feel About “Sung Through” Musicals”