I could have chosen any of the West Side Story songs. Maria and Tony are part of a tragic couple, who are based off of Romeo and Juliet. Their songs get sadder and sadder as the story continues. Somewhere is the closest to the finale.

All I Ask of You (Reprise)

The Phantom is one of our characters whose stories revolve around unrequited love. However, in his case, he doesn’t take it very well. Doesn’t exactly accept the situation.

As Long as He Needs Me

Even though Bill Sikes is abusive, Nancy still continues to love him. Yes, she developed a strong affection to Oliver, which can make things difficult at times. This song is very heartbreaking.

Whenever I think of unrequited love in musicals, I think of Eponine. She has such a strong love for Marius. It actually is her greatest strength, and the only good thing in her life. It was his kindness that led her to fall in love with him. People might wonder why does she continue to love him- well, without him, she would have no light in her life.

I never did a post like this before. As some may know, the musical, West Side Story, is based off of Shakespeare’s play, Romeo and Juliet. I decided to talk about the two of these in this post. This comparison shows how I looked at tragedy in high school versus how I view the same genre now: very opposite views.

Romeo and Juliet was the play where I first discovered the genre of tragedy. It was in 9th grade. It started high school in 2008, and when we got to the Shakespeare unit, we had to read Romeo and Juliet. We had to learn what the genre of tragedy us. I never knew tragedy was a part of theatre. The word, TRAGEDY, confused me. I was thinking tragedy can’t be a part of theatre. Only comedy can exist in theatre and not any tragedies. The word, tragedy, to me sounded pure sad. I thought that was what it meant. I didn’t want to delve deeper into the genre. I didn’t want the genre to enter my life. I told myself I will never love a tragedy. With Romeo and Juliet, I kind of ignored it: yes, I studied it because I am a hard working student, but did not like all because I pushed it back and told myself I will not love it. I also ignored it because it was a Shakespeare play. In the show, I was like I don’t get it: two families not getting along: where did that come from? The ending I was disagreed with- the double suicide I hated. So much of my opinion came from not giving tragedy a good enough chance.

In between Romeo and Juliet and West Side Story, I learned to love tragedies all because of Les Mis.

I first discovered West Side Story in 11th grade. I was told it was based off of Romeo and Juliet, but for some bizarre reason, I did not realize it was a tragedy at the time. I did not watch the film until 2014. A snowstorm hit Charlotte, and a good church friend leant us five films, and West Side Story was one of them. So I had to watch it no matter what. At this point, I knew it was drawn through the dance, and at that point I defiantly knew it was a tragic plot. I connected the dots between Romeo and Juliet and West Side Story. This sounds insane- the musical may be based off Romeo and Juliet, but I like West Side Story’s plot more. You might be thinking is it only because its a musical not a play? Instead of Romeo and Juliet, the main characters are Tony and Maria. Instead of two families, it is two gangs (The Jets and Sharks). It is not because of that. A lot of it has to do with the ending- in this version, one of them lives- I prefer that ending to the double suicide. I don’t exactly know why I prefer that ending, but I just do. I liked West Side Story enough to like the songs- I feel like the love songs get more and more heartbreaking as the show continues. So, as a high school kid, I HATED the idea of tragedies. Now, TRAGEDIES are enjoyable. I don’t love West Side Story nor do I like it- it is sitting right in the middle of liking it and loving- so mixed emotions.

So this gives you an idea of how I used to view tragedies- so I once told myself I will NEVER love a tragedy. It also shows that I no longer have that negative view, but I still am particular about the tragedies I like.

Did you used to have a negative view on tragedies? Are you particular about the tragedies you love?

I’m Not That Girl- this song started out as sad. I was only in middle school when I first realized the song was sad. By high school, I definitely understood this song was part of a love triangle. I was 100% blind to heartbreak growing up. I honesty did not understand unrequited love in those days. The song, “On My Own”, is a huge reason why I discovered this song was heartbreaking and memorizing the lyrics helped as well. This song doesn’t have room to be fully heartbreaking because literally just moments before Elphaba sang this song, she just found out she loves Fiyero so in many ways this song is moderately heartbreaking. 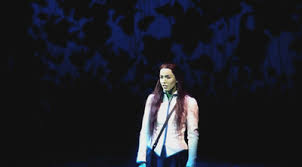 On My Own- this song is even more heartbreaking than I’m Not That Girl. While both are unrequited love songs, there are obvious differences due to how different Elphaba and Eponine are as characters. Eponine’s story revolves around unrequited love so you know how it affects her unlike Elphaba. Marius is the only person who treats her kindly and that is why she loves him. This song shows just how strong Eponine is and this song is even more powerful and more heartbreaking than “I’m Not That Girl” 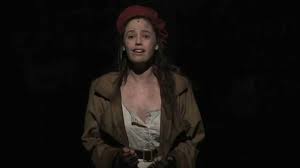 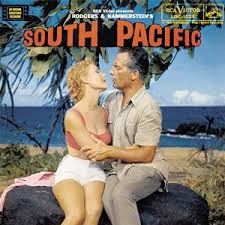 Somewhere- this is the last love song in West Side Story. As the love songs go on in this musical, the songs just get sadder and sadder. This song happens right after the rumble takes place and that is when the first traces of tragedy show up. It is so close to the tragic end of this modern Romeo and Juliet tale. 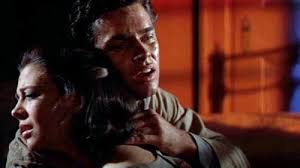 If I Can’t Love Her/Evermore-I put these two songs together because they are both sung by beast. They both are similar to each other in emotion. Beast has realized that he loves Belle, but doesn’t know if she will ever love him. He cannot be turned back into his human form until he loves someone and he is loved back. 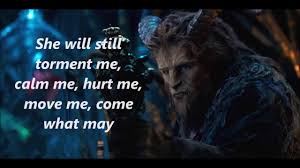 As Long As He Needs Me- I actually did see Oliver in middle school, but do not remember seeing it. The only knowledge I really have belong to the book and the 2005 movie. So it is interesting how I seem to know that this song is a heartbreaking love song, but the same could be said for “If I Can’t Love Her”. But by knowing who Nancy is in the book and that movie, I know this song is heartbreaking. Nancy loves Bill Sikes even though he is abusive towards her, but she will always love him as long as he needs her even though the situation is dangerous

In many ways heartbreak and love really fit nicely together. Even though I heard “If I Can’t Love Her” before “I’m Not That Girl”, “I’m Not That Girl” was really the start to sad love songs. That was because Wicked was the musical where I began to understand the negative emotions and Wicked is the best way I can even remember what the negative emotions were like in my younger years.

Site Title
when through the woods
Finding Theatre UK